I proudly call myself a fan of Old Hollywood, but until this year I had never seen a Rita Hayworth movie. I’d seen her famous pinup image for LIFE magazine, known vaguely of her as a 1940s “love goddess,” and watched clips of her in Gilda, but I’d never actually viewed any of her onscreen performances until I was reading Jerome Charyn’s new novel Big Red. As it turns out, as magnetic as her performances on screen are, her films aren’t even close to the most interesting part of her story. Written with love and affection for its subject, Big Red is an entrancing work of historical fiction that serves as a glimpse into Rita Hayworth’s life far beyond her stardom.

Big Red serves as a long-form love letter from author Jerome Charyn to Hayworth (nicknamed Big Red by Columbia Pictures studio head Harry Cohn), through the eyes of our narrator, a fictional character named Rusty Redburn, a self-proclaimed “actress who couldn’t act, a dancer who couldn’t dance, and a singer who couldn’t sing.” Rusty moved to Hollywood from Kalamazoo, Michigan to be as close to the movies as possible even if she knew she’d never star in them. She starts the story as a gossip digger working for Columbia Pictures, hired by Cohn to spy on Rita Hayworth and Orson Welles in an effort to protect the studio’s financial investment in Hayworth. Through Rusty’s eyes, readers get a glimpse into the lives of these two stars, including the making of classics like Gilda and The Lady From Shanghai. Rusty serves as friend and confidant to Hayworth, keeping in touch with her long after she’s done working for Columbia. In the process, she gains a deeper respect for her former idols, viewing them not merely as royalty of the silver screen but as the wounded, complicated individuals that hide behind their carefully crafted on screen personas.

Using Rusty as narrator serves as a successful framing device for the story, as her perspective affords readers a behind-the-scenes glance at two of the most beguiling figures of mid-20th century American cinema. Her descriptions are vivid, humorous, and perceptive. The first time Rusty goes to Hayworth’s house, she describes her as having “very little vanity at her vanity table. Gentle as she was, she combed her hair like a half-wild animal.” Welles, by contrast, is described as having “calculated charm,” despite Rusty’s major admiration for him as a director. She’s fiercely protective of Hayworth, and in awe of her both while she works for the actress and well after. Readers are in capable hands with Rusty as narrator, who acts as an inside source to the private lives of these stars, as well as giving readers the opportunity to examine their films critically from an outsider’s perspective.

Jerome Charyn has obvious affection for Hayworth, and he does well at describing the impact Hayworth had on her audience while also capturing the intense contradiction that was her inner life, as she suffered through years of abuse at the hands of men, starting with her father who sexually abused her, to her first husband who pimped her out to studio executives to advance her career, to the directors she worked for, who objectified her no matter the role she was playing. It’s most accurately described by Rusty as she describes Hayworth’s performance in the movie Cover Girl: “That’s what Rita had to contend with. No matter what part she was meant to deliver, she was still Salome with her seven veils.” And therein lies the most potent question posed to readers of Big Red: in order to become a star, one has to invent a unique and identifiable character, but once that character is created, is the artist reduced to a mere symbol? In Hayworth’s case, she was constantly being conflated with and compared to her biggest success, Gilda, a character whose long shadow loomed over the rest of her career.

At the end of the book, Charyn describes the process of writing Big Red in an author’s note  which indiciates both the novel’s major successes and some of its flaws. Whileresearching Orson Welles, Charyn became more interested with Welles’s second wife, Rita Hayworth. But he admits that he invented the character of Rusty because he “couldn’t write in [Hayworth’s] voice—she had none.” This logic seems a bit short-sighted to me, and may be why I occasionally found the use of Rusty’s narrative voice to be limited. Of all the characters included in Big Red, Rita Hayworth remains the most compelling by a long shot, and I couldn’t help wishing Charyn’s fictional characters were as fleshed out as Big Red herself. The irony of Big Red being called “A Novel Starring Rita Hayworth” is that readers only get to experience Hayworth through the eyes of others, who can merely speculate her motivations. Much like moviegoing audiences, we don’t ever get to know shy and withdrawn Margarita Carmen Cansino. Instead, we see only Rita Hayworth, whose “love goddess” image was as carefully constructed as her stage name. It would have been refreshing if a portion of the novel explored her point of view, even if her voice had to be invented.
Despite some unevenness, Big Red is a delight for fans of Old Hollywood and great historical fiction. Its characters are compelling, the plot moves along at a clip, and it provides a glimpse behind the curtain of a Hollywood long gone. Through his writing, Charyn’s love for film history shines through, and he crafts a loving and respectful portrait of Rita Hayworth for everyone from longtime fans to those who have yet to experience her magic. Though I was happy to spend time with her through the wisecracking gaze of Rusty Redburn, I hope one of these days someone will allow Rita Hayworth her own voice. Until then, Big Red is a welcome glimpse behind the silver screen. 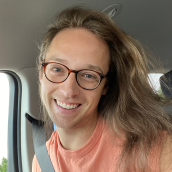 David is a nonbinary actor and bookseller living in Metro Detroit, who’s obsessed with Classic Hollywood, Real Housewives, and all things Queer. He also writes for Buzzfeed. Contact him on twitter @david_vogel or by email at [email protected]

Beyond “Lean In” Feminism in “Red Valkyries” – Chicago Review of Books