Paige Clark’s debut short story collection, She Is Haunted, considers how we handle loss in the modern world. Whether due to a casual fling mistaken for intimacy, or the death of a loved one, navigating the end of complicated relationships can raise the question of how much control we have over our own identities. What becomes of us when we lose who and what made us us? These 18 stories focus mainly on grief and emotional connections, with Clark’s comedic, smart, and electric voice giving this dark collection its charm.

The recognizably contemporary settings in She Is Haunted bring out the brutal losses of everyday life and their aftermath as characters go about their daily lives and attempt to heal from hurt. Mostly female protagonists struggling with difficult emotions feature in these fast-paced, wry stories. Each story revolves around relationships—mother-and-daughter relationships, female friendships, romantic and platonic relationships—and twists the expectations we bring to them in unique ways. What stands out in each story is how vastly different each character’s definition of “normal coping” is, and how complex their decisions to censor themselves to appeal to others, or dismiss censorship entirely, can be. What can seem peculiar at first is made sympathetic in Clark’s hands. When a character demonstrates her profound love for an ex’s chihuahua and a neurotic ballerina learns another language to impress her boyfriend and his dance partner, these behaviors are revealed in their emotional complexity, as expressions of grief.

Grief cannot only lead to clinging too tightly to what one has already lost. Grief can also lead to concealing one’s true ways of living, even one’s racial heritage. In “Private Eating,” a woman lies to her date about being a vegetarian so she can keep seeing him, prompting her secret meals of meats and marshmallows when he’s gone. Clark connects the shame the main character carries in hiding food from a partner to the erasure of her Chinese heritage and cultural identity. Although not Clark’s main focus, reconnecting with Chinese identity in the face of casually racist social behaviors and subtle remarks is an essential feature of many of her stories. Indeed, a central theme of She Is Haunted is vulnerability in the face of racism and Asian hate crimes. In “In a Room of Chinese Women,” a young Chinese woman reflects as she eats in a cafeteria with a friend: “To a foreigner, Cantonese is a harsh language. But the women dining here were not harsh. They talked about the same things women talk about everywhere.” The nuanced social commentary in these stories adds another layer to Clark’s attention to regaining identity through self-acceptance and awareness in the face of loss.

Clark has her characters process heavy existential themes, but she allows them to do so with varying degrees of humor. In the story of a pregnant woman desperate to keep her husband and baby alive, her recently deceased mother shows God how to navigate the internet. In another story, a guilt-ridden mother sent to Hell speaks with the Devil, who looks and talks like Elvis. Other stories forego quirky supernatural entities and pop culture references while similarly leading with humor, only to end in one cold, inescapable reality: loneliness and loss. The story “Times I’ve Wanted to Be You” is especially devastating and personal. As a woman copes with the death of her husband by pretending to be him, she reveals how closely tied her identity was with his. She struggles to separate herself from him, particularly after his death.

Although Clark does not restrict her focus to women, her writing is exceptionally powerful as she confronts mother-daughter relationships and intergenerational trauma. One of the most haunting narratives concerns two mother-daughter pairs in the titular story “She Is Haunted,” which follows two women in the afterlife as they look back on their flawed relationships within their respective families. “She Is Haunted” encapsulates the collection’s sense of yearning as the two women, damaged by their mother-daughter relationships or lack thereof, reflect on the generational dynamics that brought them to their unresolved ends. The first part of the story, “Blue Moon,” is narrated by a daughter as she processes her death from cancer and thinks of her mother’s life and the reasons behind their difficult relationship. From the afterlife, the daughter watches and empathizes with her still-living mother in order to forgive her for the past and move on with death: “I haunt not so she can see me, but so I can see her.” In the second part of the story, “Daughter Universe,” a mother remembers her youth as the “good daughter” and tries to make sense of how she ended up with a non-existent relationship with her own daughter. In Hell, she recalls the time her angry, rebellious teen daughter told her to go to Hell during a fight: “Well, here I am. And why should I regret a thing? Because I was looking out for her.” Generational trauma is especially present in “She Is Haunted” and “What We Deserve,” which is about an older woman in a care facility struggling to reconnect with the daughter who put her there and navigate her caregiver’s intentions. The central theme emerging from these narratives and throughout Clark’s collection is not just how we grieve, but how (and whether) we accept others for their decisions and past mistakes. What if we continue resenting them, even in the afterlife? What damage might still be done even after that final loss: death?

The collection is beautifully intimate, yet methodically layered, and Clark’s humor and narrative pacing prevent She Is Haunted from falling into self-destructive pity and unhinged sadness. Intertwining pain and comedy, She Is Haunted is a testament to how complex emotional attachments are, and how many different forms coping with loss can take. The experiences the reader endures with the main characters are so emotionally raw, as Clark rejects predictable narratives for a study of struggling with identity and loss. Revolving around relationships, identity, and grief, She Is Haunted drops the reader into the story and provides only the most essential information about its world in favor of action and emotional reflection. A bitterly funny look into sentimentality, Clark’s debut manages to be introspective and playful, cathartic and comedic.

FICTION
She Is Haunted: Stories
By Paige Clark
Two Dollar Radio
Published May 17, 2022 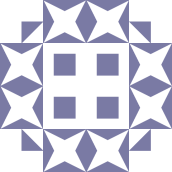 Samantha Loree is a writer and artist from Michigan. Currently in Chicago, she is working towards a bachelor’s degree in Creative Writing at Columbia College Chicago.

Moving through Grief in “The Child Who” – Chicago Review of Books

Moving through Grief in “The Child Who” – Chicago Review of Books