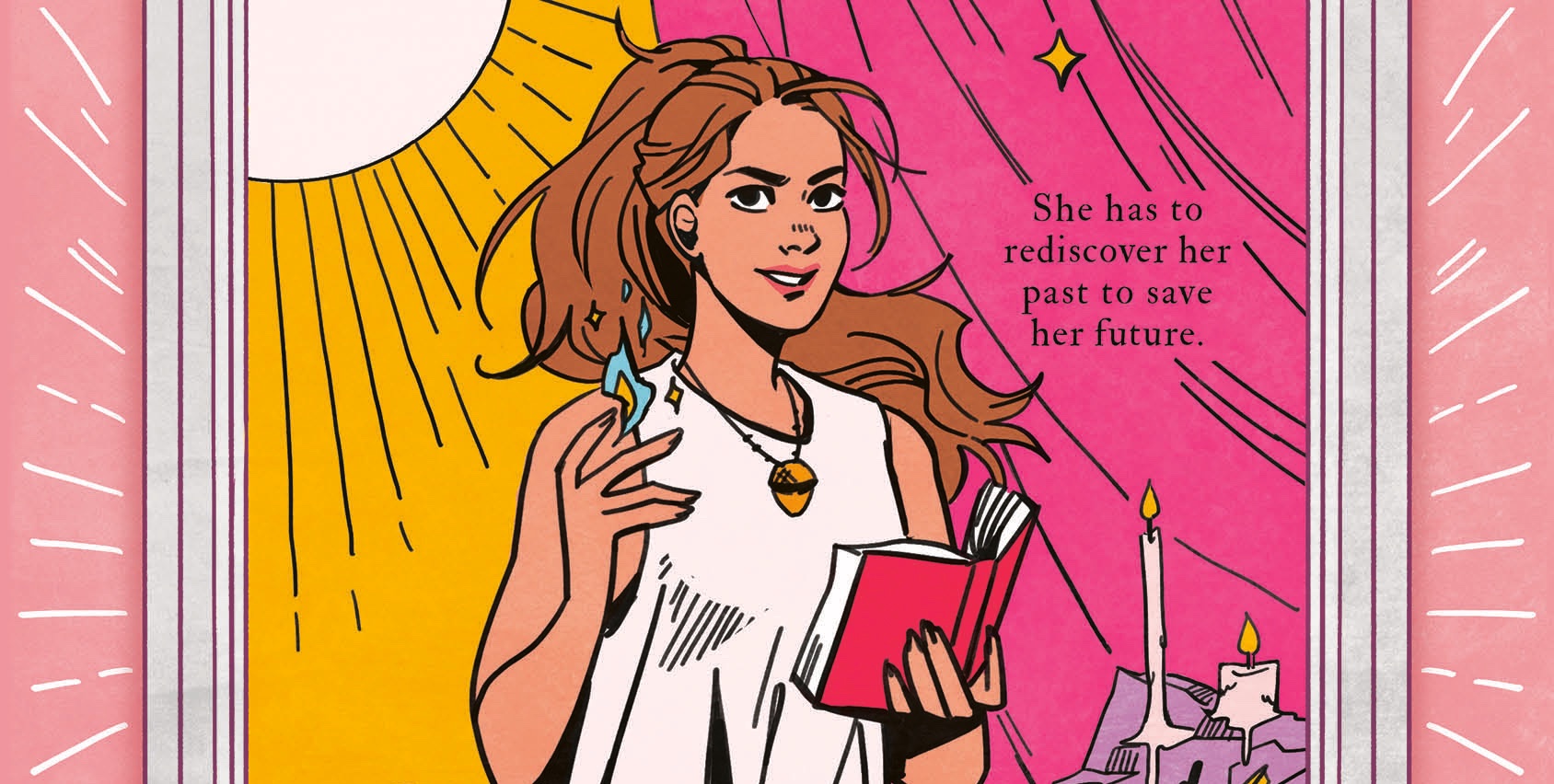 Edie in Between by Laura Sibson is a modern-day Practical Magic about love, loss, and embracing the mystical. It’s been one year since Edie’s mother died—but her ghost has never left. And when her mother’s teenage journal tumbles into her life, her family’s mystical inheritance becomes once and for all too hard to ignore. As Edie discovers, there’s a dark secret behind her family’s practice that she’s unwittingly released. She’ll have to embrace—and master—the magic she’s always rejected…before it consumes her.

Scroll down to see the cover and read an excerpt!

Tess’s words about the cabin follow me back to the boat. While the guy getting thrown fifty feet sounds like typical exaggeration, the generally abnormal occurrences definitely track with what happened to me when I was there. While washing my hands, I notice that those faint black lines that appeared on my palm when I held that rock have not gone away. In fact, I think they might have grown, which definitely makes me nervous.

I take my time changing out of my running clothes because I need to ask GG about these lines on my palm, which means I’ll also need to admit to returning to the cabin. Based on how she reacted back in the perpetual woods, I need to brace myself for a less-than-warm response.

GG sets aside the herbs she’s working on to take a look. But her usual calm demeanor disappears. “When did this start?”

“I just noticed it the other day. I thought it would go away, but I think the lines are growing.”

GG presses on the spot and I feel a sudden and intense chill. Darkness begins to cloud around my vision. I snatch my arm back.

“Edie, it’s very important that you tell me the truth. Where have you been?”

I look at the floor when I say, “I went back to the cabin.”

“You did what?” GG’s tone bristles with disbelief that I disobeyed her. I sense a surge of magic from my grandmother, but just as quickly, she composes herself. I can only dream of having such control.

“You knew I wanted to go there. I read about it in Mom’s journal, which you gave me. I thought if I saw where she spent summers that maybe it would help me with missing her so much. And you wouldn’t talk to me about it. So I went on my own.”

“Is that where you’d been yesterday when you arrived here so upset?”

I nod. I don’t mention the strange rock. A little at a time seems like the best approach. “I used Mom’s unlocking spell,” I say.

“Oh my gods and goddesses, Edie, you’ve no idea what you’ve done.” She presses a hand to her mouth and paces. The canisters on the kitchen counter tremble in response to a flare of her magic.

“I didn’t do anything wrong! I went to a cabin that belongs to our family.”

“You weren’t to go there. You’ve messed with magic that you don’t understand.”

GG whirls on me, eyes blazing. “But you should have. You are a seventeen-year-old witch who should have learned her craft by now.”

Her words sting as though she slapped me. “I wasn’t ready. Mom understood.”

GG shakes her head. “Being ready is a luxury we cannot afford, Edie. Your mother indulged you and now you’re in danger because of it.”

“What are you talking about?”

I stare at my palm and the tiny lines that seem to be etched there. “Infected? By what?”

GG’s sigh is as deep as the ocean. “Corrupted magic.”

GG falls heavily into a chair. She looks at me. For as long as I can remember my grandmother has been strong, competent, no-nonsense. Except for now. Because now, she looks helpless. And that scares me more than any shadow could.

Looking for more captivating reads? Here are some YA Protagonists who will 100% outsmart you!