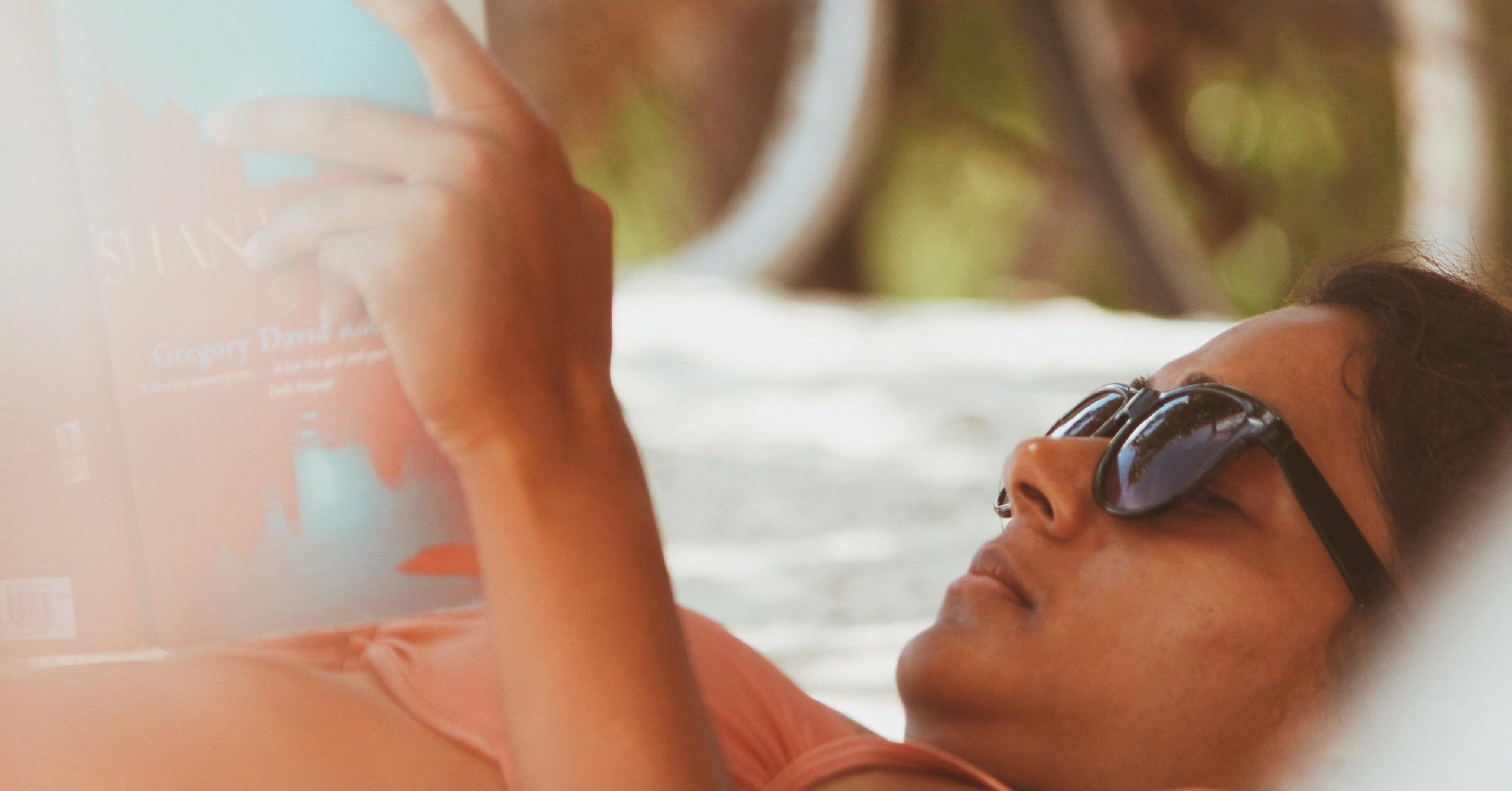 Growing up, I wished for many things: to be Whitney Houston, have my own Babysitter’s Club, get perfect grades, meet Prince Eric from The Little Mermaid.

But the one wish that topped all the others was a wish for blonde hair.

Year after year, when the time came to blow out my birthday candles, I closed my eyes and hoped to wake up the next day with lighter hair.

It wasn’t until late high school that I realized this desire initially stemmed from two characters: Elizabeth and Jessica Wakefield from the Sweet Valley High series. Those books, along with so many others, weren’t just my entertainment. They had been my nourishment for years.

When my parents and I first moved to America, we lived in a family friend’s basement. I often felt trapped in our small space. My mom always reminded me that we couldn’t afford anything besides gratitude. We were so lucky just to be in America. I didn’t enjoy playing outside like the other kids, so in an attempt to stop my complaints, my mom took me to our local library.

It didn’t take long for books to become my vehicle to both escape and understand the world I lived in. Through stories, I could push the boundaries, the ones that were rigid for me in America because my parents and I had to be well-behaved. We had to show we could belong here.

My parents were always so concerned about belonging. To them, we always had to present our best selves. We had to prove that we deserved to be here.

In a world where I felt the constant pressure to prove, stories gave me an insider look into an alternative reality. Summer evenings were spent with a dripping popsicle in one hand and the latest Sweet Valley adventure in another. Elizabeth and Jessica Wakefield were allowed to date and talk about boys with their parents. I, on the other hand, turned off the television during a kissing scene. I related to Elizabeth’s perfectionism and was in awe of Jessica’s glamour. But most of all, I relished how these characters seemed to effortlessly inhabit their world in a way that I never had. Maybe if I looked more like them, it would have been easier for me to also belong.

In high school, I continued to struggle with where I really fit in. My dual identity as a South Asian and an American came with the freedom to pick from two distinct cultures. Yet it also came with persistent pangs of emptiness and isolation, of not fully feeling I was a part of either world.

I turned to books for solace the way I always had. But for the first time, instead of hoping books would help me understand, I also wanted to feel understood. I craved stories with characters who resembled me in their strengths and struggles, who were torn between two cultures, the way so many of my friends and I were. I spent the summer before college reading every book I could find about being the child of immigrants. But after I finished those, it was difficult to find more. This search continued for years.

I realized during that time that stories didn’t just help me understand the world. They also taught me how I belonged in it. Maybe I couldn’t find books with people like me because people like me weren’t important enough to be in books.

During my ongoing search for a book I could relate to, I came across a quote by Toni Morrison: “If you find a book you really want to read but it hasn’t been written yet, then you must write it.”

I began to outline what my dream book would look like. Twelve years later, those notes would become my debut novel, Well-Behaved Indian Women. I didn’t know it back then but writing became my way to preserve, to ensure that stories like mine were worthy of taking up space.

I am thrilled to see more and more stories over the years that represent the world we live in. Because what we digest—the books we read, the conversations we have, the people we surround ourselves with—shapes who we become. It also tells us what we deserve. That younger version of me who craved blonde hair did so because she thought was the assured path to acceptance.

I no longer wish for blonde hair. Now, I hope for a world where every individual can find a story that reminds them that they, too, belong.