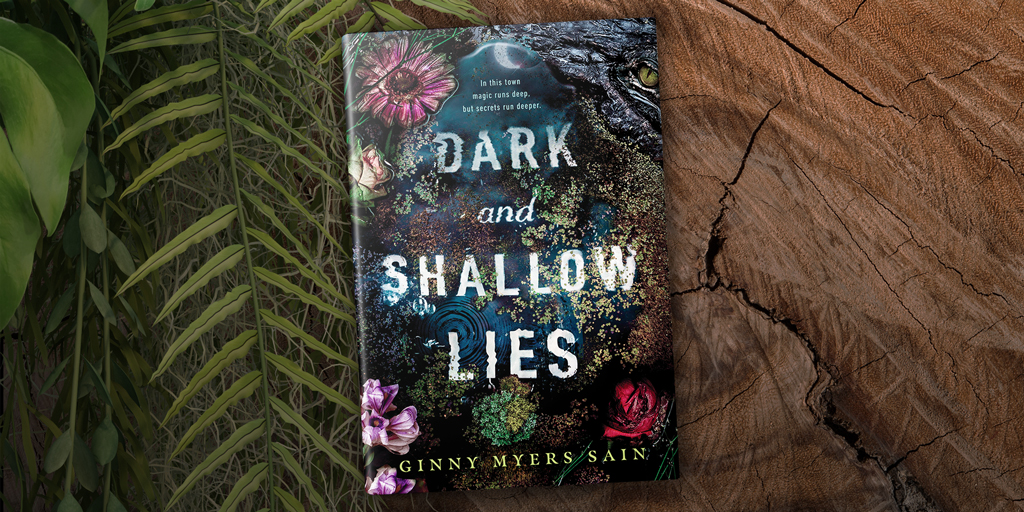 We are so excited to show you the cover for Dark and Shallow Lies by Ginny Myers Sain! A teen girl disappears from her small town deep in the bayou, where magic festers beneath the surface of the swamp like water rot, in this chilling debut supernatural thriller for fans of Natasha Preston, Karen McManus, and Rory Power.
Scroll down to see the full cover and read the first four chapters!

La Cachette, Louisiana, is the worst place to be if you have something to hide.
This tiny town, where seventeen-year-old Grey spends her summers, is the self-proclaimed Psychic Capital of the World—and the place where Elora Pellerin, Grey’s best friend, disappeared six months earlier.
Grey can’t believe that Elora vanished into thin air any more than she can believe that nobody in a town full of psychics knows what happened. But as she digs into the night that Elora went missing, she begins to realize that everybody in town is hiding something—her grandmother Honey; her childhood crush Hart; and even her late mother, whose secrets continue to call to Grey from beyond the grave.
When a mysterious stranger emerges from the bayou—a stormy-eyed boy with links to Elora and the town’s bloody history—Grey realizes that La Cachette’s past is far more present and dangerous than she’d ever understood. Suddenly, she doesn’t know who she can trust. In a town where secrets lurk just below the surface, and where a murderer is on the loose, nobody can be presumed innocent—and La Cachette’s dark and shallow lies may just rip the town apart.

On Writing the Story She’d Wanted to Read

Read the chilling first chapter of OUR LAST ECHOES