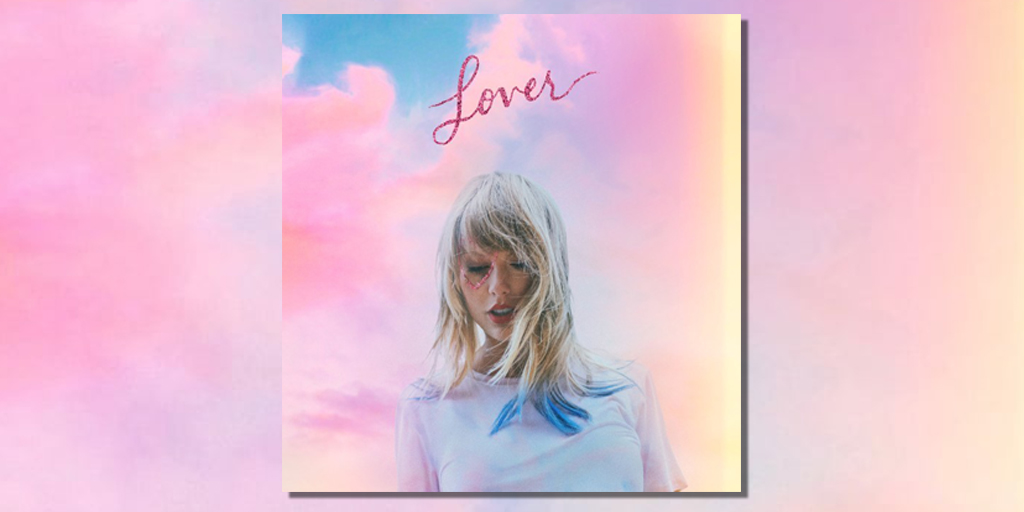 She’s dropped the album, we’ve listened to it on REPEAT, just a few hundred times already and we’re READY:

Track 1: I Forgot That You Existed

Book Match: If I’m Being Honest

Oh Cameron, she’s so blunt that her barbs come off as rude and almost dismissive. But also, once she’s makes a big mistake she really is left behind by everyone else too! Lyrics like “Lived in the shade you were throwing“, could absolutely be about the people around our brutally honest Queen.

Thankfully, like T-Swizzle herself, Cameron learns to grow and stop slinging truth bombs and do better thanks to a certain soft boy!

It’s a bumper album with a bigger than normal track list and so is this Sarah Dessen two books in one edition! Also though, “quiet nights” and “sneaking in garden gates” and “every night that summer just to seal my fate” are absolutely Sarah Dessen books and there is no denying it.

Book Match: The Fountains of Silence

At the heart of Ruta Sepetys historical fiction is romantic love story that spans decades and continents. “Can we be this close forever?” and “All’s well that ends well to end up with you” are Daniel and Ana’s hopes and dreams and first flush of a potential lifetime love story.

“I’d be a fearless leader, I’d be an alpha type” Ladies and Gentlemen Celine has her song. She’s a woman who is sick of being held back by society’s views of what women should be like: demure, coy, eat small, live small – that is not the life Celine is destined for and this song is meant for her because just you wait for her power moves!

“Who could ever leave me darling, but who could ever stay?” Insecure about relationships? In love with love? Unsure if this one is going to last? Frank Li’s jam is Track 5. He wants to fall in love so badly, and maybe he has but maybe there’s more to worry about.

Track 6: I Think He Knows

Book Match: Isla and the Happily Ever After

Falling in love quickly? The so quick that the guy absolutely knows how deep you’re in? Isla falls for Josh HARD and it’s obvious to both of them it’s serious but much like Taylor’s album, rougher water are ahead and it will take a lot of reflection and self examination for Isla and Josh to make it (and probably Taylor and Joe).

COULD THIS SONG BE ANYMORE ABOUT DAISY AND MILES?! “They whisper in the hallways” “She’s a bad, bad girl.” You know the Scottish royalty and press were slamming Daisy before she even arrived to help her sister prepare for the royal wedding. “Boys will be boys then, but where are the wise men?” Miles might be associated with the royal wreckers but actually he’s the one who keeps everyone relatively in check and is the quiet, calm wise soul that we all need!

Okay, yes, it’s a little weird that we’re matching Vampire Academy to Taylor Swift but hear us out and series spoiler alert…Dimitri & Rose end Vampire Academy/Bloodlines in a really good place and this song is like Rose acknowledging that in a bop. “I hate accidents except when we went from friends to this” is basically how they met (she accidentally tried to beat him up to protect Lissa) to “Now I’ve read all of the books beside your bed” which is basically us hoping that Rose has read Dimitri’s cowboy novels!

Book Match: Where She Went

Cornelia Street in New York is apparently the little house where Taylor and Joe got SERIOUS! And if a small houses in New York City and intensely falling in love are your thing, then the heartbreakingly good sequel to If I Stay, Where She Went finds Adam and Mia reconnecting and digging deeply into their feelings. “That’s the kinda heartbreak time could never mend” is something that Adam feels on a DEEP level and “I’m so terrified of if you ever walk away” is his greatest fear in lyrics!

Track 10: Death by a Thousand Cuts

This is a break up song and while Poe didn’t exactly break up with Call, he’s still gone from her life and she’s alone with the end of them. “Cause I can’t pretend it’s okay when it’s not, It’s death by a thousand cuts.” And while Taylor took the road to healing, Poe went a different direction and went back to Reputation-era Taylor and song-inspo from This is What You Made Me Do.

LISTEN, this Book Match was a hotly contest selection with both Prince Charming and Red, White & Royal Blue up for spot. BUT the OG YA London Boy, Etienne St. Clair HAD to represent.  French in name, but oh so cheeky British in nature (and accent). “I saw the dimples first and then I heard the accent” St. Clair representin’

Book Match: We Are Okay

Do you like crying? Do you pick up the sad book, listen to the sad song and take walks in the rain? This devastating song about Taylor’s mother’s battle with cancer is matched by the devastating examination of grief and loss in Nina LaCour’s We Are Okay. If you know the book, this lyric will floor you: “I know delusion when I see it in the mirror”

Book Match: A Reaper at the Gates

The relationship in False God is ROUGH ground and Taylor’s recognizing it. A certain Soul Catcher…cough Elias cough…is definitely struggling with his relationship with Laia. Their chemistry like this song is off the charts but the tough times, OH THEY ARE TOUGH and so in an effort to save each other, Elias in particular has begun to push Laia away “And you can’t talk to me when I’m like this, daring you to leave me just so I can try and scare you” is painful on point for our beloved duo.

Track 14: You Need to Calm Down

“You need to just stop, like can you just not step on his gown? You need to calm down.” If this song isn’t pitch perfect for the book adaptation of The Prom musical then we got nothing! Haters trying to derail someone’s life because of their own issues and insecurities is JUST what Emma faces when all she wants to do is take her girlfriend Alyssa to the Prom. “Control your urges to scream about all the people you hate. ‘Cause shade never made anybody less gay” YES TAYLOR, YES

How to break hearts by Marie Lu, also known as Champion was the last book (at the time ) in the Legend series. June had to make some TOUGH choices and it meant sacrifice and hurting people and ooooohh, that last line…we can’t.

If you read Champion, oh boy does this stanza STING:

Go with us! This song is all about the chosen one, the tough to deal with but very important person and Eva is definitely that! She’s got powers she can’t control, make her a little bit tough to manage and “trouble is going to follow where [she] go” but also, you will literally never find another one like Eva and that’s make her special!

A story of a friendship growing up, moving from just friends to something more? Annie and Lee your song is HERE! Admittedly, there is a 100% less dragons in the song than Fireborne and maybe that’s a loss, who knows?! If you’re a fan of friends to more then this song and this book is for you!

Book Match: Dreamy, romantic, swoony – Wicked Fox, which takes inspiration from K-Dramas LIVE for these type of emotions and Daylight is all about swoony romance. With lyrics like “I don’t wanna think of anything else now that I thought of you” and “I wounded the good and I trusted the wicked” which, Jihoon we see you! And while this song promises clearer skies, for the Wicked Fox’s power couple it might not be quite as smooth sailing. Either way, if you love big emotions and heightened love stories Wicked Fox is for you.